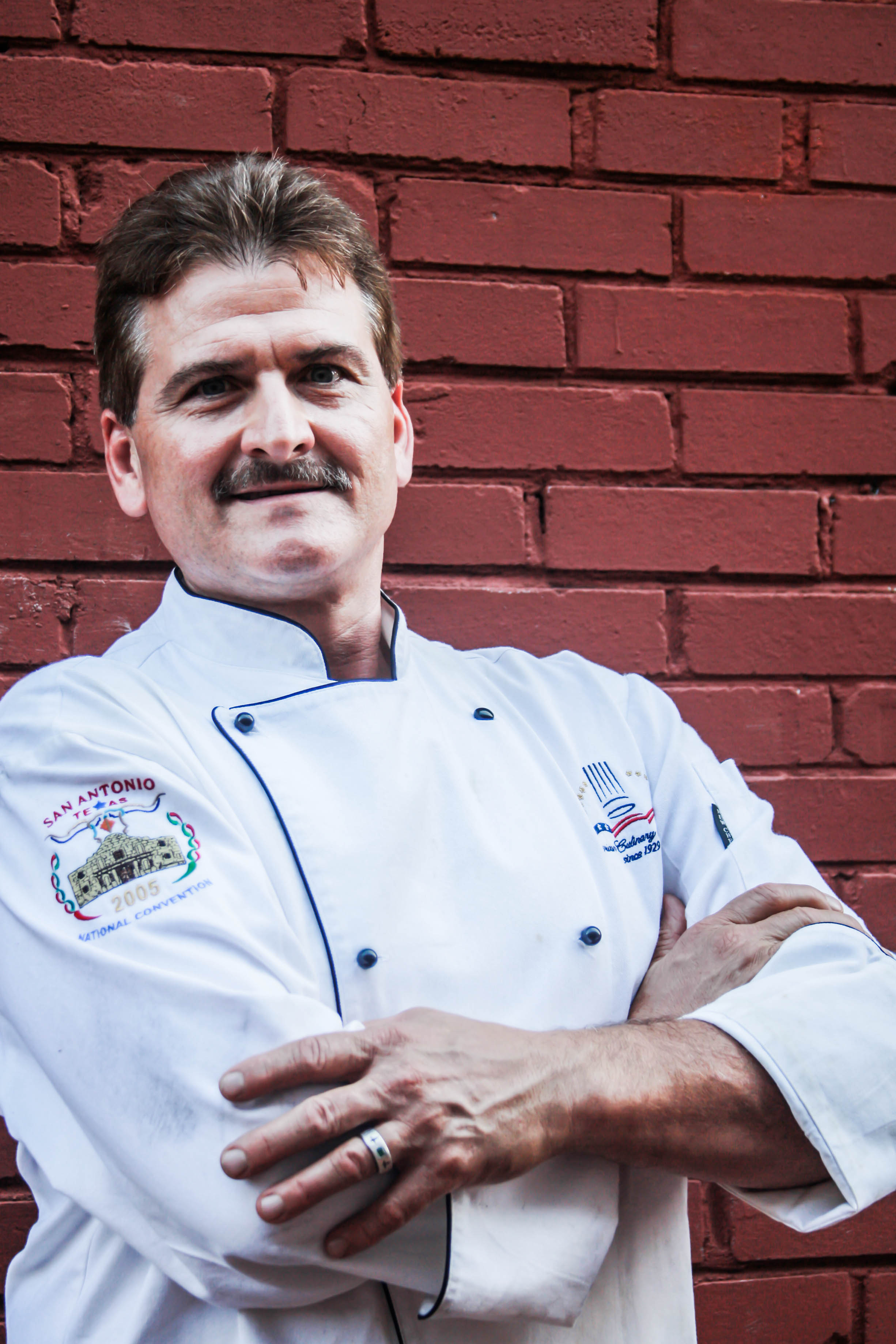 Originally, from Michigan, Chef Michael moved to Houston in 1980 where he began his employment at the Houston Country Club. During his 23 years of service he successfully fulfilled the requirements of all the departments in the kitchen from Banquets to A la Carte, and purchasing, earning him the title of Executive Sous Chef.

In 1998, Chef Michael left the Country Club and was hired as Executive Chef at Mingalone’s Italian Bar and Grill, located near the Bayou Place complex in downtown Houston.

By following his passion to accommodate and satisfy his member’s needs, Chef Michael was selected as the Executive Chef of the Bentwater Yacht and Country Club in 2003. For the next 5 years, Chef Michael developed the menu for the Yacht and Country Clubs, as well as the Grand Pines Golf Club. Additionally, he supervised, organized, and trained a staff of over 25 cooks!

Chef Michael’s penchant for excellence eventually opened the door for him to become the Chef Manager for Cardinal Culinary Services, a catering company servicing the Gulf of Mexico oil field industry in 2008. Chef Michael led his team on the Flagship Siem Swordfish for Chevron Oil Company.

Working under a Certified Master Chef along with his passion for the culinary arts and profession contribute to his innovative vision and artistic flair to his plate presentations.

Chef Michael cherishes the opportunity to do charity events. He has volunteered his catering services to the End Hunger Network of Houston, the Boys and Girls Club of America (Houston chapter), the Muscular Dystrophy Association of Houston, and the Montgomery High School. He is also active in his church activities and dinner projects. We believe in supporting the local farmers and giving back to the community.

Let us plan your next corporate, community, or church event!